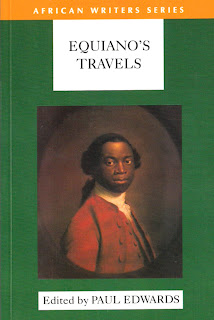 According to the old saying – you’re always learning – and that was certainly the case when our team popped in to the annual Nairobi Book Fair to source books for our ‘adopt a library’ program.
They were thrilled to see the hundreds of enthusiastic schoolchildren attending the event. Evidence, if any were needed, of the great thirst for knowledge in local schools.
Browsing through the stands of the many publishers they discovered a book
previously unknown to us, but which we shall definitely be including in our future donations.
It is called Equiano’s Travels and is the autobiography of Olaudah Equiano. Published in 1789, it is thought to be one of the first books written by an African in English.
What a life he had!  Born in 1745, he was captured by slave traders at the age of 10 and transported to the southern states of the United States. By the age of 21 he had saved enough money to buy his freedom. He then travelled extensively across the Atlantic and around the Mediterranean, becoming a leading figure in the abolitionist movement. He even found time to take part in an expedition to the Arctic.
His book was out of print for many years, but an edition finally appeared in 1967. Interest in him has steadily grown to the extent that there is now an Equiano Project, details of which can be found on the web.
« THE BOY WHO HARNESSED THE ATTENTION OF THE WORLD » Examples of Humility in Action

We believe that by investing in people, we can build individual and community capacity. This is the best way to strengthen civil society – both locally and globally

Many of the groups we support work in particularly difficult or dangerous situations; their perseverance helps us ensure our programs are focused, responsive, and address the lived needs on the ground

On each visit, we come away more impressed with the quality of community members on the ground, their talent and creativity, their energy and determination – often in the face of overwhelming odds